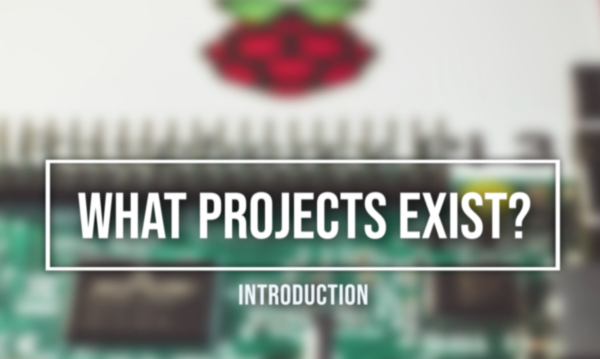 The first Raspberry Pi project I want to introduce to you is LibreELEC (libreelec.tv). LibreELEC is a multimedia center that allows you to turn pretty much any TV into a smart TV. You can download apps, access hard drives and play movie files from remote PCs on your TV.

You can also use it to receive Internet radio and stream it to the sound system, for example. There is also a Spotify app for LibreELEC, if you have an account for it. This is already a first project where the Raspberry Pi can be quite useful in everyday life.

The whole thing can be easily implemented with a Raspberry Pi. And the practical thing is that the software is relatively easy to install and control. That means you just add plugins of corresponding devices from different manufacturers later and can then control them directly via Apple's HomeKit.

You can later add smart home devices to HomeKit quite conveniently via a simple QR code. Just scan the code via photo app and you can control the home automation device via your iPhone, iPad or even Mac.

Another quite interesting project from the smart home area is the MagicMirror project (magicmirror.builders). The software is also easy to install. It can be used to set up a display in the mirror, which can be conveniently hung up in the house or apartment.

Various digital information can then be displayed in the mirror. In addition, the mirror can then also be connected to other smart home devices. The project is a nice gimmick that can be easily implemented at home with a little tinkering. Once set up, you will have your true joy with this great Raspberry Pi project.

Another useful project that we will look at in this article is the Pi-hole (pi-hole.net) project. Pi-Hole is a network-wide ad blocker that can be installed on the Raspberry Pi.

When you redirect the internet settings on the router to Pi-Hole, all internet traffic through the Raspberry Pi is filtered. From that point on, the Pi-hole server will make sure that, for example, most ads on any device on your entire network are filtered out. A great and simple software Raspberry Pi project, which can be set up within 1-2 hours.

As the last Raspberry Pi project I would like to introduce RetroPi (retropie.org.uk). This is a special operating system for the Raspberry Pi, which allows you to emulate and play old arcade and console games up to Playstation 1 on the Raspberry Pi. This project is quite a nice gimmick for in between. But to play it properly, it should be the newest Raspberry Pi 4 with 8Gb RAM, which I link to you in the following list.