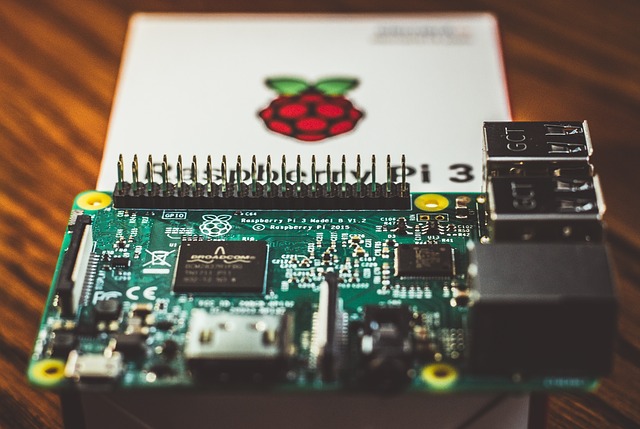 The easy way to get started with Raspberry Pi Programming

It may be frustrating for many professors and also later on companies that students and also graduates often know too little about programming and the interaction of software as well as hardware. Rarely, moreover, have parents allowed them to handle their own PCs or laptops to learn and try it out.

This is because, firstly, the devices could come to harm or even the children could injure themselves in the process. Only the nerds won't listen to their parents and will still tinker with the devices paid for by their parents in darkened rooms. But in order to prevent such exemplary ideas from spreading and further eroding the knowledge of the next generation, Raspberry Pi was brought to life and developed.

In the wake of the need for Industry 4.0, every learner should realize: The basis of knowledge cannot be enough and constant learning will be a theme of future work. Those who agree with this demand and at the same time prepare for the constant changes will be on the safe side.

Raspberry Pi strikes into this notch. Because it is an effective system, which is a useful help already for the home. On the basis of the at first glance playful application becomes real seriousness.

Namely, it can revolutionize and advance the smart home. Users can also later transfer the knowledge they have learned to their various industries. They automatically learn things along the way that are now topics and will affect all areas of life. They also learn more about the following areas, depending on the task at hand:

They will not use and learn all the possibilities for all applications. But the goal should be for them to open their minds to different areas and try them out. This is how studying and learning on their own can work well. An example of this is PC applications and sensor technology, which will be briefly addressed below, as they remain a broad field of activity for the future.

Companies like Infineon, Valeo or Bosch are known for advancing semiconductor technology. Based on their microchips is a programming language that makes them work in a target-oriented way.

The market is getting bigger as smartphones and cars are full of semiconductors that make the vehicles and devices work properly and also communicate with each other. As the level keeps rising, the distance for beginners is getting bigger.

They would need a bigger catch-up if it weren't for options like Raspberry Pi. It can now help that this catch-up distance is greatly shortened. That's why it will be unavoidable for the future programmers of tomorrow to deal with this "beginner" module more intensively. At the same time, the counter-arguments can no longer weigh heavily. Because the purchase is possible for far less than 100 Euros, so that the price question could no longer be an obstacle.

The Raspberry Pi is now not just something for beginners, although the price might suggest this. Even professionals like to use it to set up their smart home.
* = Affiliate Link (raspi-config.com) is participant of the affiliate program of Amazon USA, which is designed to provide a commission for websites to earn advertising fees by placing ads and links to Amazon.com).