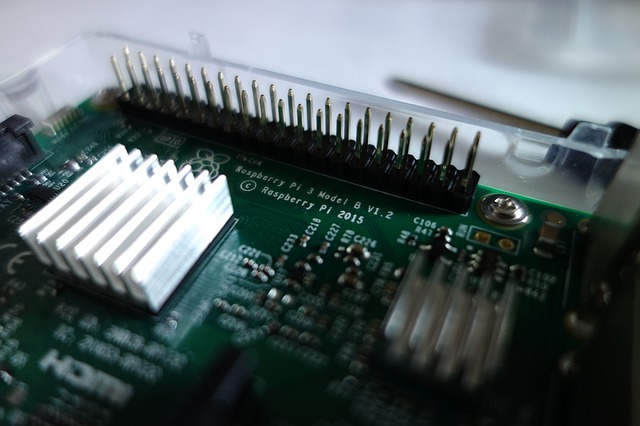 Raspberry Pi 4 - This makes the new single board computer so popular.

This year has been surprising - time to look at what's new with the Raspberry Pi 4, which came out just a few days ago and is now available.

The Raspberry Pi Foundation has improved the model. Already when looking at the technical data, it becomes apparent that a lot has changed compared to the predecessor models.

Prices, facts, availability and advantages - this article summarizes the special features and most important info about the new Raspberry PI 4.

Anyone who has already had experience with an older Raspberry Pi knows the diverse potential of possibilities. With the Raspberry Pi 4, there is not only improved technology. For example, the single-board computer has significantly more RAM and a new Broadcom BCM2711. System-on-chip processor

This is a quad-core processor that has 1.5 GHz as its clock speed and is supposed to deliver three times the performance of its predecessor due to the smaller manufacturing technology. The performance increase in RAM turns the Raspberry Pi 4 into an absolute top-of-the-line single-board computer model with 4 GB of RAM.

Friends of the Raspberry Pi should also have reason to rejoice because of the improved ports. The new raspberry Pi 4 has two USB ports with the popular 3.0 technology. Those who sometimes need a bit longer for data transfers will appreciate this technical innovation in any case.

Those who transfer data within a home network will also benefit from faster loading times. The built-in Gigabit Ethernet is responsible for this. But that's not all, of course.

The Raspberry Pi 4 has Bluetooth 5.0 and two micro HDMI ports. This allows users to use two monitors with a gigantic resolution of 4K. The frame rate is advantageous here. If two monitors are connected, it is 30 Hz. If you decide to use only one, the frame rate increases to 60 Hz.

Besides RAM & Co., the Raspberry Pi 4 has other advantages. Two USB 2.0 ports and a MicroSD slot are also installed.

With the appropriate multimedia hardware, the successor of the 3 Raspberry Pi is a powerful single-board computer with which many great projects can be implemented. Certainly, it will now support more classic game consoles in emulation, as with the RetroPi project.

If you want to buy the Raspberry Pi 4, you can choose from three different RAM variants. On the one hand, you are free to choose the weakest model with 1 GB. Alternatively, you can also use 2 GB or 4 GB LPDDR4 SDRAM and thus benefit from a significantly higher working memory.

What about the prices and availability of the Raspberry Pi 4?

The Raspberry Pi 4 was introduced a few days ago and is already available in some online stores. Not long now and there will be more retailers where you can buy the latest Raspberry PI.

As for the Raspberry prices, you can choose from the three models already mentioned. These are offered in the following price categories:

Conclusion: Even more performance and many innovations

Overall, it can be clearly stated that the Raspberry PI 4 is a powerful model. Especially the fine innovations know how to convince and make the hearts of hard-core Raspberry PI fans beat faster.

Will you get the Raspberry Pi 4? How do you rate the innovations and which technical refinement excites you the most?
* = Affiliate Link (raspi-config.com) is participant of the affiliate program of Amazon USA, which is designed to provide a commission for websites to earn advertising fees by placing ads and links to Amazon.com).